"When Peter came to Antioch, I opposed him to his face, because he was clearly in the wrong. Before certain men came from James, he used to eat with the Gentiles. But when they arrived, he began to draw back and separate himself from the Gentiles because he was afraid of those who belonged to the circumcision group. The other Jews joined him in his hypocrisy, so that by their hypocrisy even Barnabas was led astray." - Galatians 2:11-13

It has been said that imitation is the greatest form of flattery. There were times that I wanted to be just like my father and there have been times that my sons have wanted to be like me. From time to time, we are all influenced enough to imitate someone. But do we ever consider that we too are influencing others to the point of imitation? If we are imitated, are we leading others astray or into truth?
Paul was led to rebuke Peter to his face for hypocrisy. Peter's conduct was confusing and inconsistent with Biblical truth. While his personal practice was disturbing enough, the fact that others followed his lead was even worse. Peter's fear of men led him into error, followed by other Jews, and finally Barnabas. By imitating Peter, many were being led astray.
It doesn't really matter who we are, other people imitate us. There will always be someone who looks up to you and is influenced by your life. When you walk with the Lord and live a godly life, this can be a good thing. Paul said in 1 Corinthians 11:1, "Follow my example, as I follow the example of Christ." Be a consistent and godly example to imitate my friend, for as you follow Christ, you will lead others into all truth. 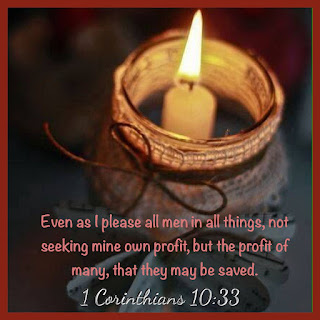