"When Pilate saw that he was getting nowhere, but that instead an uproar was starting, he took water and washed his hands in front of the crowd. “I am innocent of this man’s blood,” he said. “It is your responsibility!” All the people answered, “Let his blood be on us and on our children!”" -- Matthew 27:24-25

Not too long ago a decision was handed down concerning a rape case in New York City. After a woman was raped repeatedly in the view of two NYC transit employees, the judge ruled that they had no obligation to do anything to help her other than to signal their superiors that police were needed at the station. The case is reminiscent of the Kitty Genovese murder in 1964, when a number of neighbors watched the stabbing without responding with help. When is someone expected to be responsible?
Social responsibility may be open to discussion, but spiritual responsibility is another matter entirely. When each person stands before God after they breathe their last, one question will be asked. "What have you done, in response to my Son?" Pilate wanted to be innocent of the blood of Jesus, but was that possible? Since "all have sinned" (Romans 3:23) and only "the blood of Jesus... purifies us from all sin." (1 John 1:7) "...how shall we escape if we ignore such a great salvation?" (Hebrews 2:3) Eventually, every individual person will be held responsible.
Have you found ways to "pass the buck"? Is the concept of personal responsibility archaic and irrelevant to you? Are you aware that you have already made a decision about Jesus Christ, and you are responsible? John said it in 1 John 5:12, "He who has the Son has life; he who does not have the Son of God does not have life." What have you done, in response to the Son? The truth is; no one is innocent and everyone is responsible. 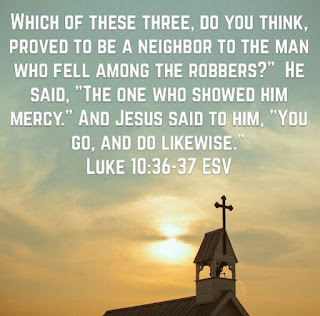