"And Jesus uttered a loud cry and breathed his last. And the curtain of the temple was torn in two, from top to bottom." - Mark 15:37-38

On November 17, 1558, Mary Tudor died. That moment brought the end of a bloody reign of persecution which caused the death of some 300 protestants. The passing of this volatile queen opened the door for a new queen and the English Protestant Church. The curtain was finally torn.
Such was the day of our Lord's crucifixion. As He breathed His last, the days of legalism and ritualism were ended. A new day of grace and mercy had arrived for all who would embrace the finished work of Jesus. All who were religiously weary and burdened would find spiritual rest for their souls. The curtain was finally torn.
Why labor for that which has already been purchased my friend? Why carry the load of religious trappings and stained glass rituals when the door to spiritual freedom has been opened? Take the hand of the One who breathed His last for you and walk into the light. The curtain has been torn and it's a new day. 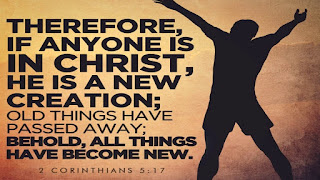