"Whoever is not with me is against me, and whoever does not gather with me scatters." - Matthew 12:30

Jim and John Harbaugh grew up as brothers in Ann Arbor, Michigan. For over four decades they did what many brothers do as good friends. But on November 24, 2011 their life decisions placed them on opposite sides of the field in a national competition.  That night Jim, as the coach of the San Francisco 49ers would stand against John, the coach of the Baltimore Ravens and only one team would conquer. The line was drawn in the sand.
Jesus knew the hearts of all men and with that knowledge came the understanding of those who were against Him. The possibility of remaining neutral was not an option. All religious views now came to a moment of decision and the outcome was simple, but sobering. Those who were not with Jesus were against Him and He alone would conquer. The line was drawn in the sand.
Brothers, relatives and friends must eventually come to the great dividing line of life. You cannot be neutral when it comes to the person of Christ my friend. He has achieved the ultimate victory from an empty tomb and is preparing for the day of His return as the King of Kings. Those who trust in Him in this life will join Him in His triumph. Those who are against Him will stand on the opposite side of the field in eternity, having lost all hope. The line is drawn in the sand. Which side are you on? 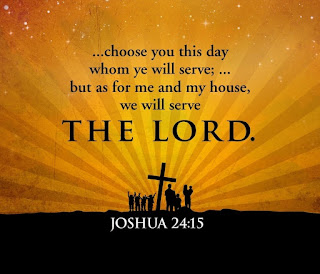